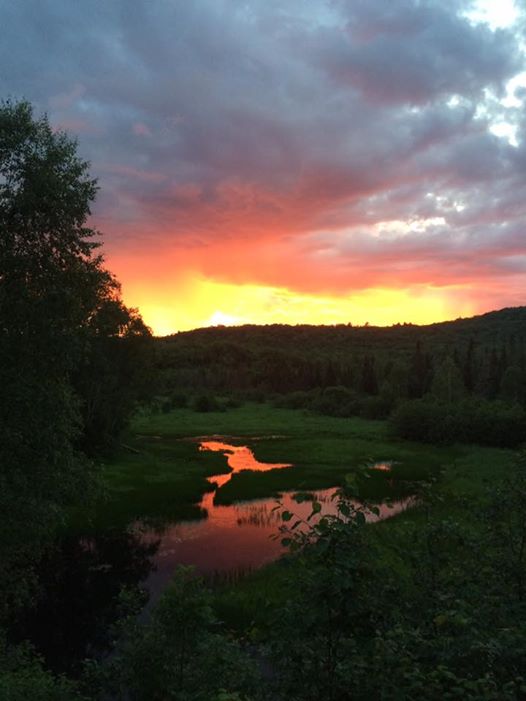 One of the central concepts of Holotropic Breathwork is that the use of non-ordinary states of consciousness creates a contact with a mysterious force called “the inner healer”.

It is important to note that Holotropic Breathwork does not ask for strict adherence to any system of belief, and that one could very well practice HB without ever mentioning the inner healer. But the use of the inner healer has some very interesting implications.

First of all, let’s try to explain what the inner healer is, for HB practitioners. To use the description given by the facilitator’s handbook: “When the body gets a cut or scratch, it moves into action to make itself whole again. This movement toward healing and towards wholeness is always trying to happen and the inner healer in each of us is always looking for opportunities to bring our minds, emotions and bodies into connection and wholeness with ourselves and Spirit.” In other words, the inner healer is described as a force that works to heal, to help someone grow, to help someone develop his or her consciousness and/or awareness.

To my knowledge, Stan Grof has never said publicly what he personally believes about the ontological nature of the inner healer. Is it a force that is outside us, like a guardian angel? Some sort of archetype? Is it an extension of the immune system? Is it a purely psychological function? Something else entirely? A combination of some or of all of the above? His answer seems to be: “Take your pick”. And it makes perfect sense, since Holotropic Breathwork is about personal experience. For religious people, this inner healer might be an extension of the divinity. For people who have gone through 12-step programs, it might be a version of the higher power. For more rationally inclined people, it can be a psychological function.

Let’s just say, at the very least, that considering the possibility of the existence of a force that has more or less the properties described above can be a useful hypothesis.

But what is it useful for?

First, it nurtures optimism. The image of the half empty/half full glass has been used to death. However, most people have experienced, to a degree or another, the self-fulfilling prophetical power of optimism or pessimism. In general, if you are convinced that you will fail at something you will fail. If you are convinced that you will succeed, you probably will. I would not cross a highway with my eyes closed relying on optimism alone to guide me, but then again, this would be a dishonest (and probably fatal) experience: I don’t think anyone could ever muster enough optimism to try such a thing. And if success through optimism can often be helped by the ignorance of certain obstacles or pitfalls, I do not think it could ever benefit from outright stupidity.

Optimism works because it will, at the very least, make you imagine or try to imagine a positive outcome to the situation you are contemplating. It will create a vision or a model to emulate; it will give you the representation of a new state more favorable than the one you are in now.

Human beings are social by nature. They have a deep need to feel connected to others and to the world around them. A lot of people seem to have this intense need to feel like unique individuals, and a lot has been said about the courage to do your own thing. But this very fact presupposes that, by nature, we are not individuals per se. A very important part of us is collective: we are a body composed of atoms/matter/energy which interacts with absolutely everything else in the universe. We are in constant interactions with other human beings or animals. Being an individual can only be defined through not being an individual: a tree has to plant its roots in the soil and intertwine them with other trees or plants, or it will simply not grow. To be an individual means to be grounded in something that is not. Connectedness is what allows us to emerge, grow and thrive as individuals. It favors both mental and physical health.

Third, the hypothesis of the inner healer promotes trust. There are of course a lot of similarities between optimism and trust, but where optimism has to do with the mind and our capacity to imagine, trust has to do with emotions. Where optimism rises out of a contemplation about the future, trust is a sense of confidence and security, an inner calmness and ease that happens in the here and now.

Feeling trust means you can relax, and stop feeling like the world or other human beings represent a threat or an imminent danger.

So, the hypothesis of the inner healer, at the bare minimum, fosters optimism, connectedness and trust. Even if you only entertain the inner healer as a possibility, those three allies will manifest. Imagine someone suffering from depression or going through a very dark and difficult time: how can it not be useful to feel – even for 10 seconds – optimism, connectedness and trust, when those feelings might have not been felt for months or years?

The useful hypothesis of the inner healer in its mildest form can give a little spark where there is only darkness. Properly nurtured, it can shine like a bright light and why not, radiate like a powerful star.

The funny thing is that you do not have to believe in anything: just try to entertain the inner healer as a possibility. I am convinced that it will be helpful, one way or another. But you don’t have to take my word for it. You can just try it and decide for yourself whether it is new age crap or not.